Its unique motions and sounds give you a blissful moment.

We have developed GRAVIMORPH to bring a unique style from Japan to the world. The goal is to help you look at yourself, improve yourself, and heal your weary mind. It is especially recommended for the people, who are in their 30s and 40s. Amid the hard work you do for your family, society and daily life, we would like you to really cherish the time just for yourself. If you can enrich your own mind, it will be the first step to making everyone around you happy. 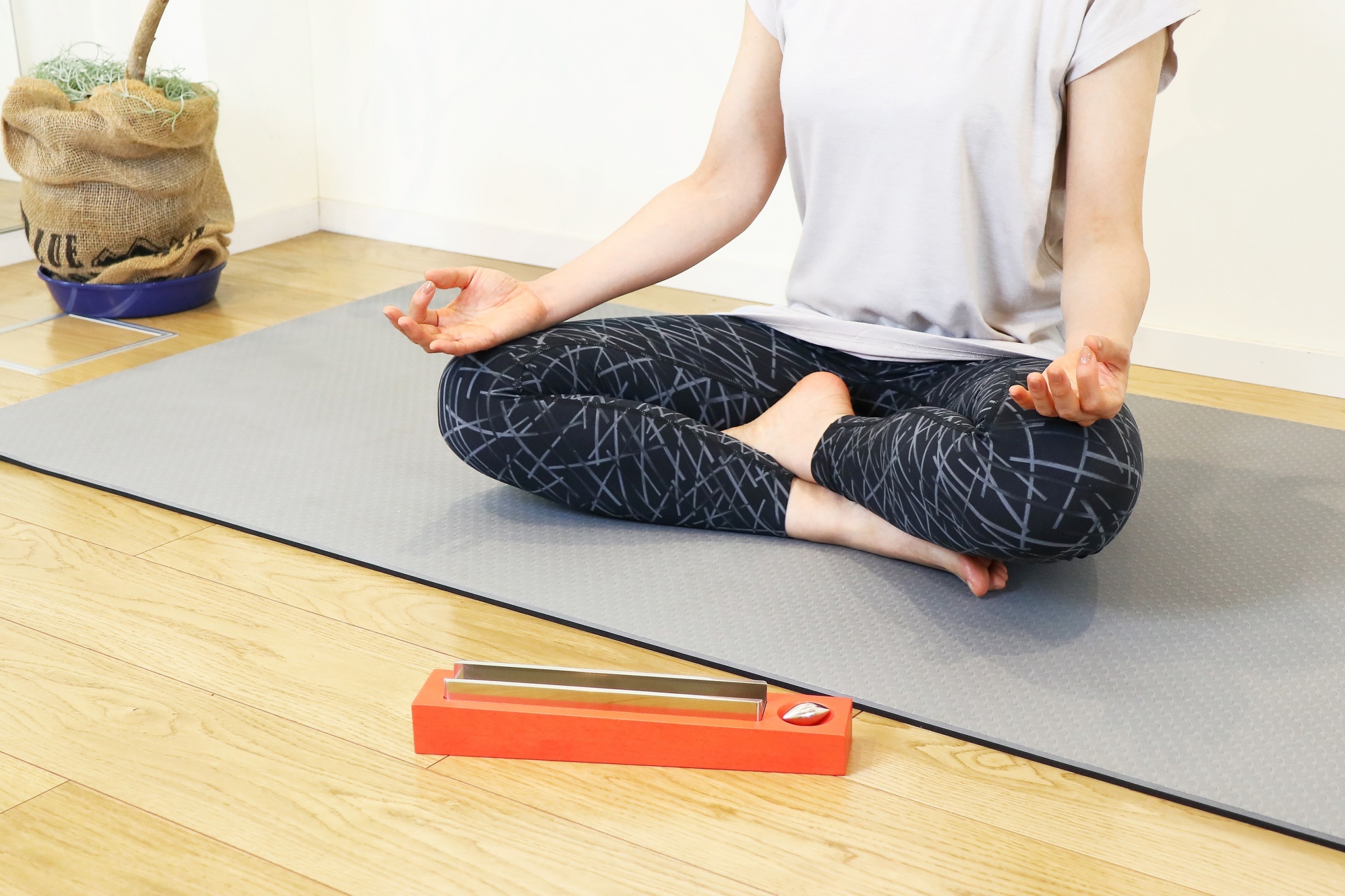 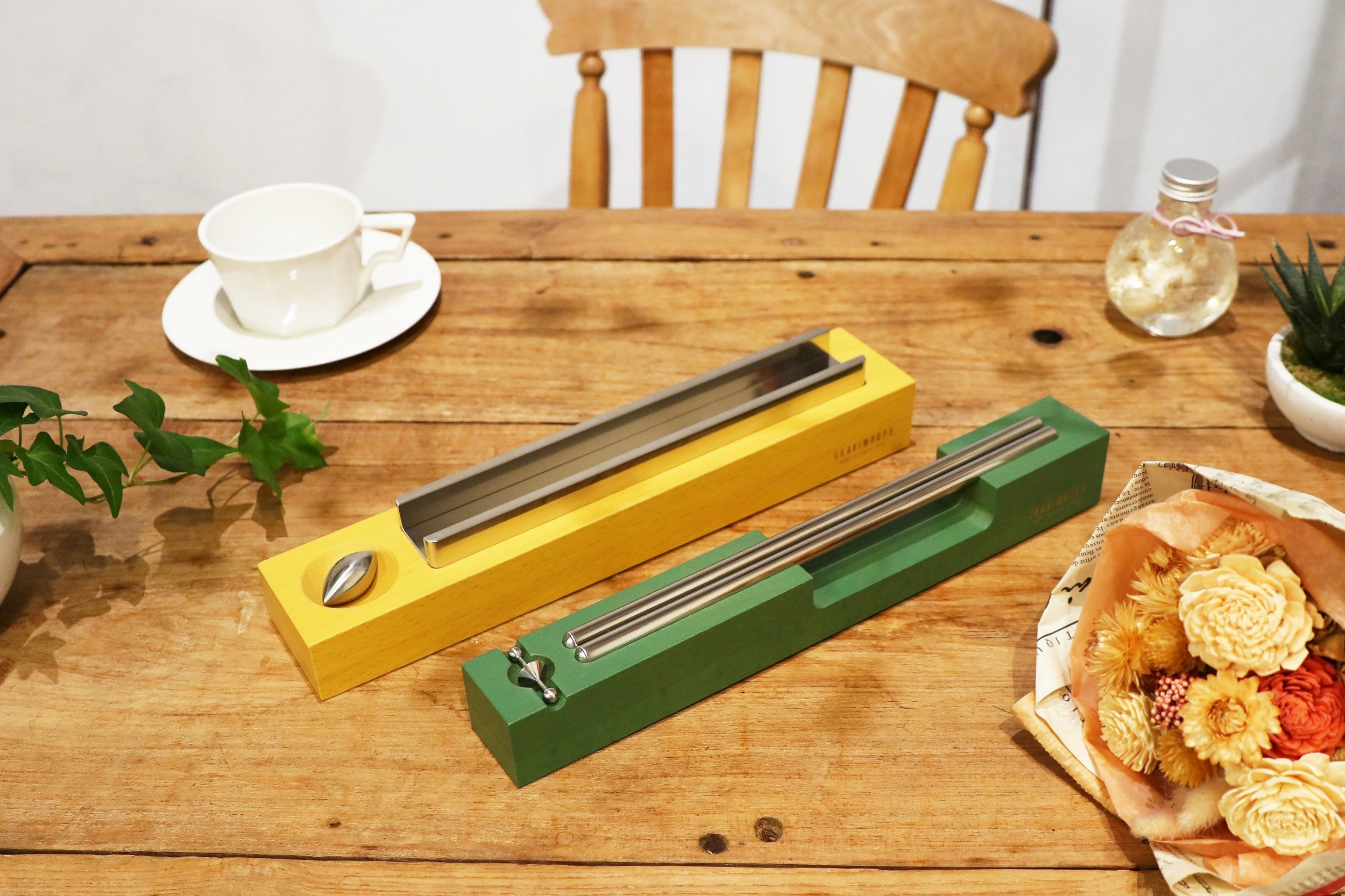 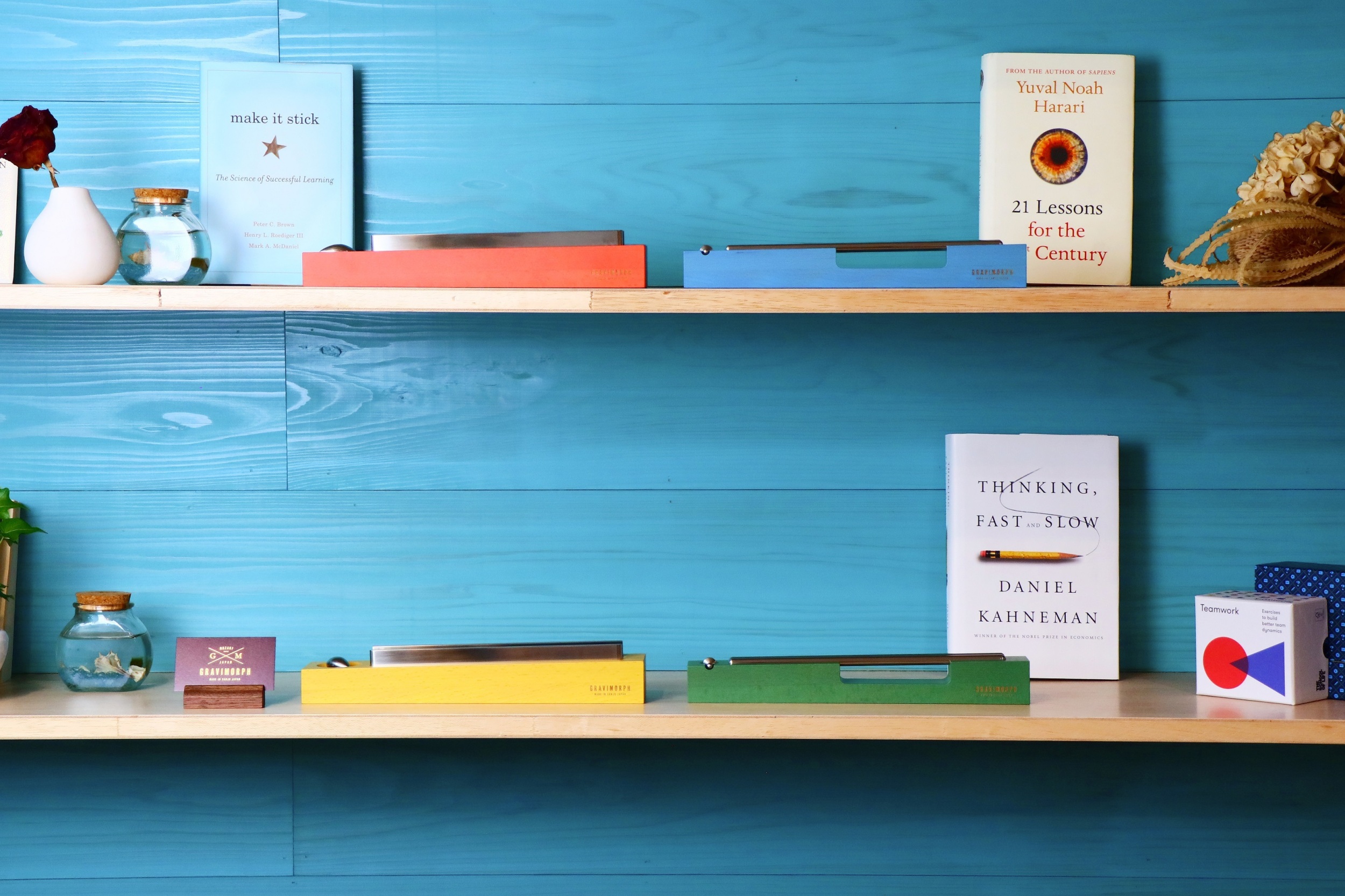 GRAVIMORPH is a coined word combining two words : gravitation and morphology. It means "a substance that moves by gravity". When the combination (or encounter) of two simplified structures was affected by the power, it creates simple and unique movements and comfortable tones. Touch, feel and enjoy the beautiful motion and sound. 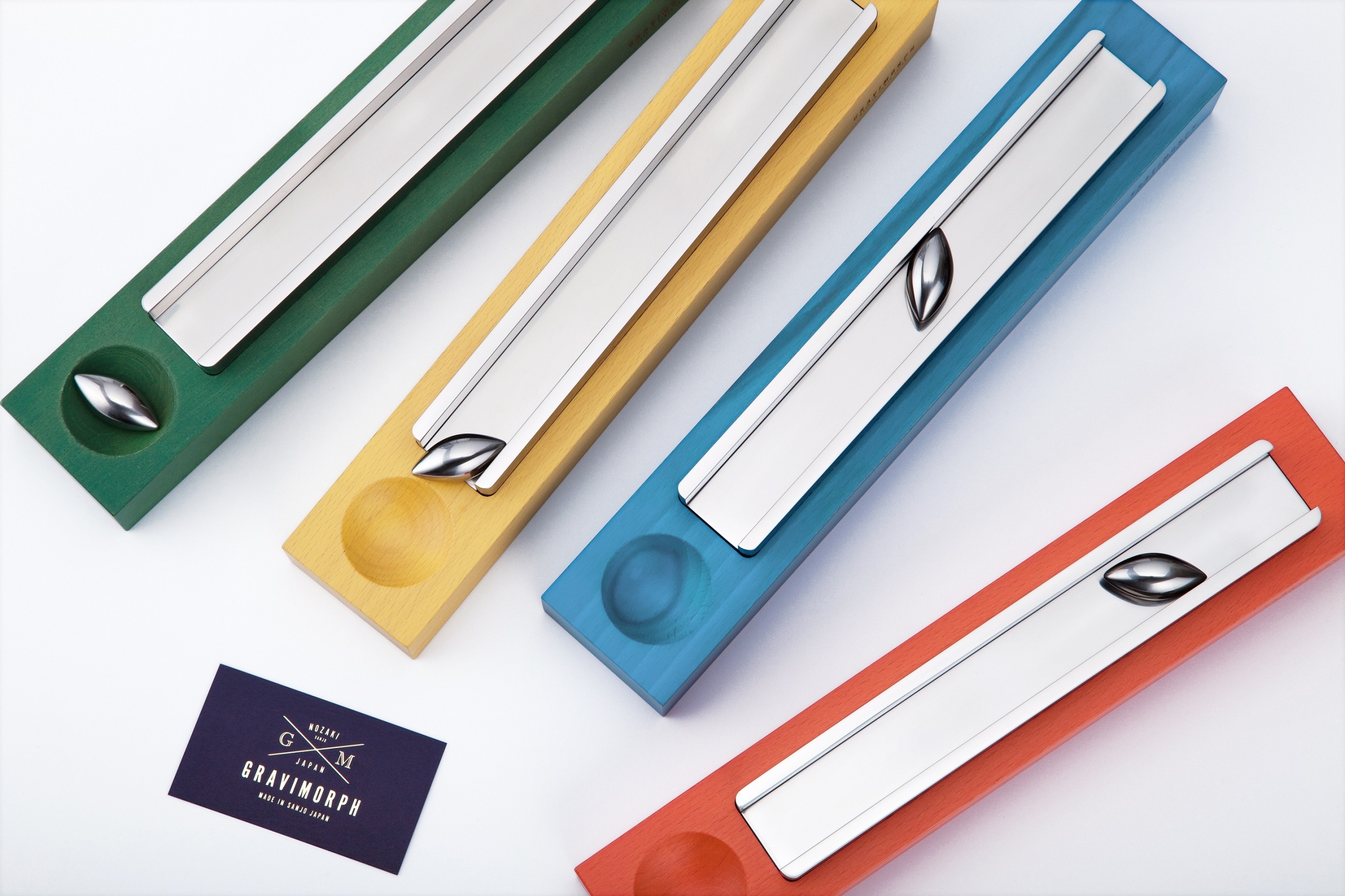 A spindle-shaped ball was rolling down the slope with two walls on its either side, which gave birth to the concept of the piece. The ball goes down the slope little by little, hitting the walls and playing beautiful music. 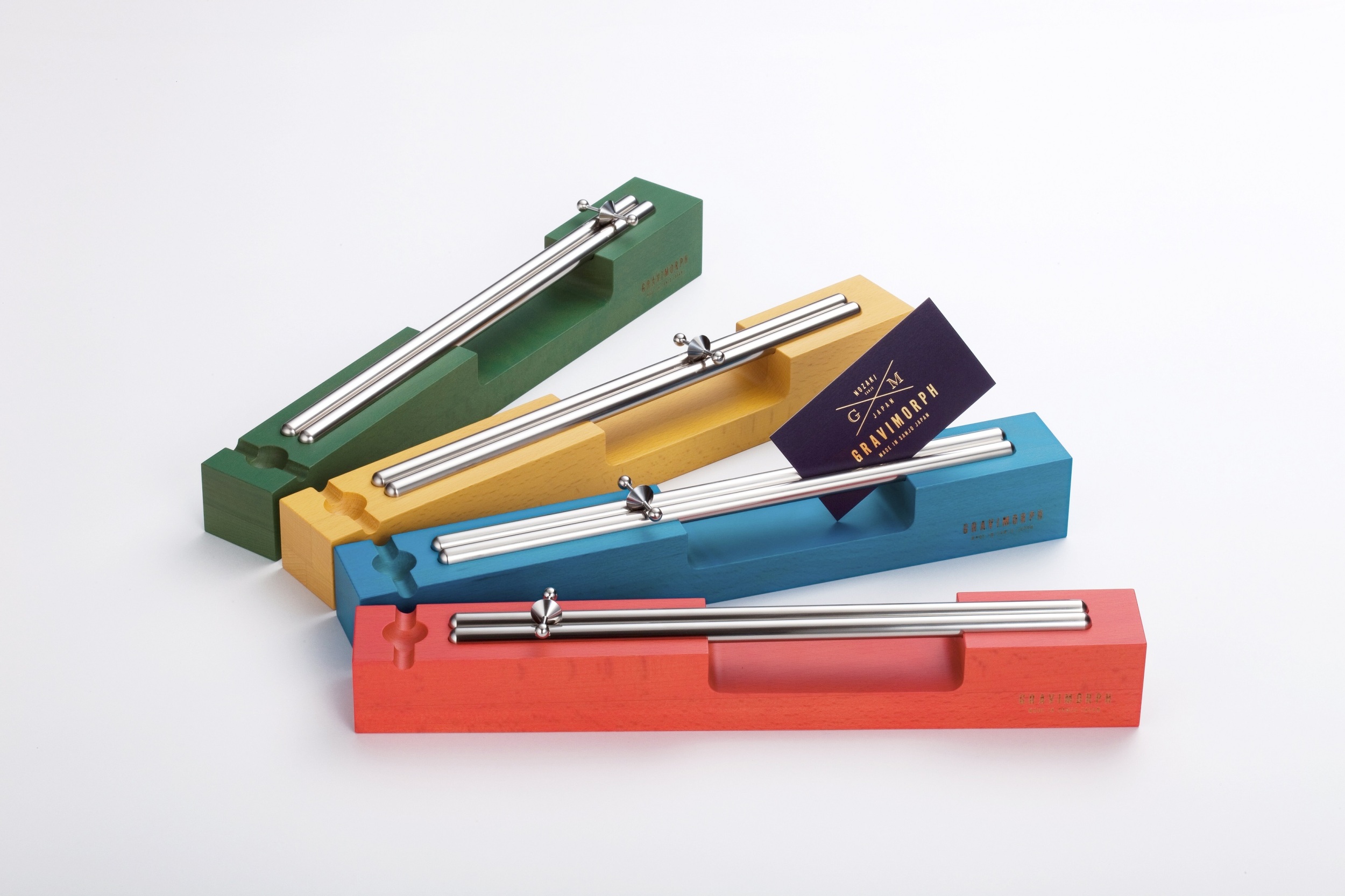 A bead of a Japanese abacus rolling down contiguous bars of equal thickness, which gave birth to the concept of the piece. The bead with two hands waddles and moves down the bars little by little. 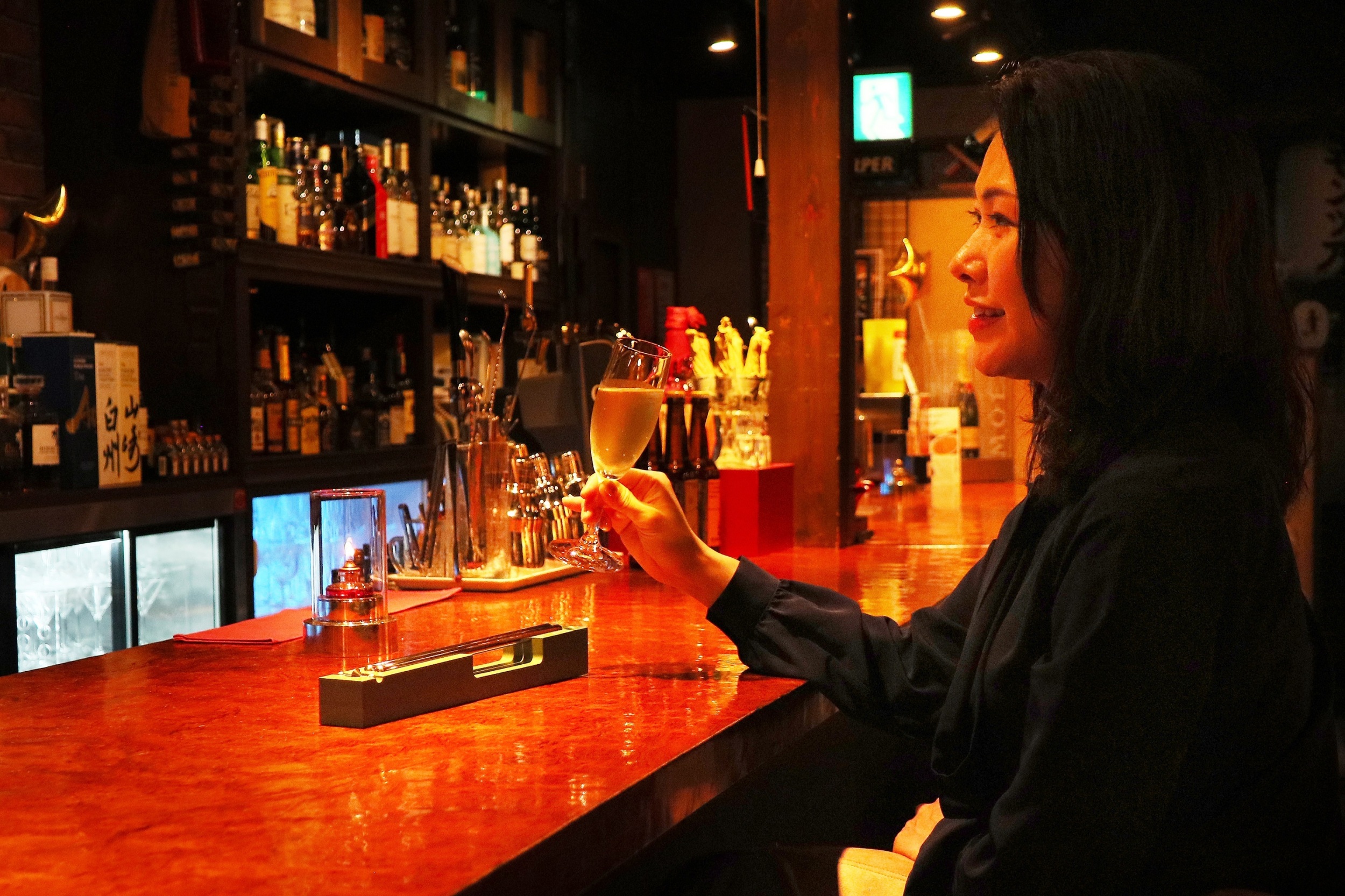 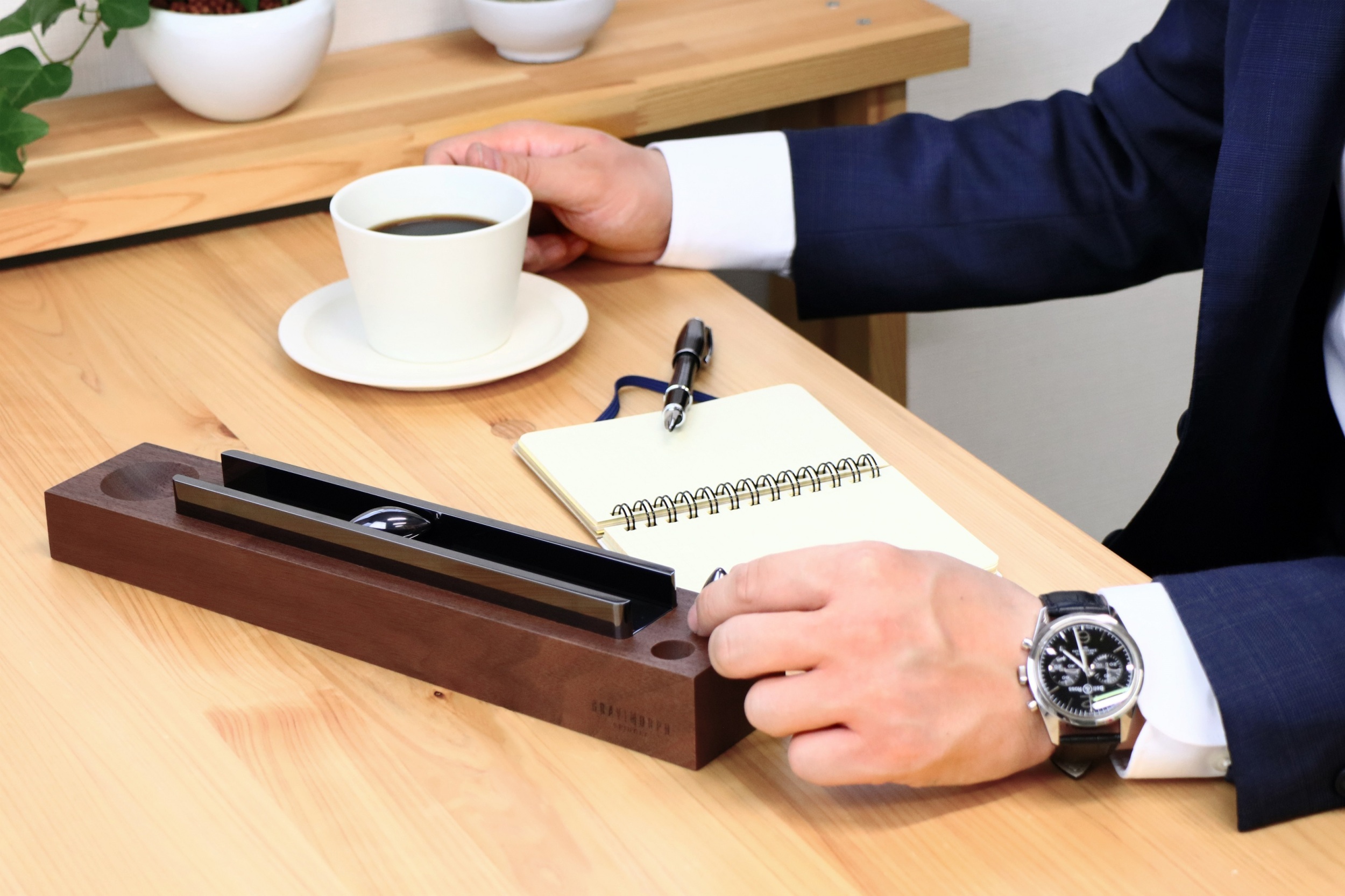 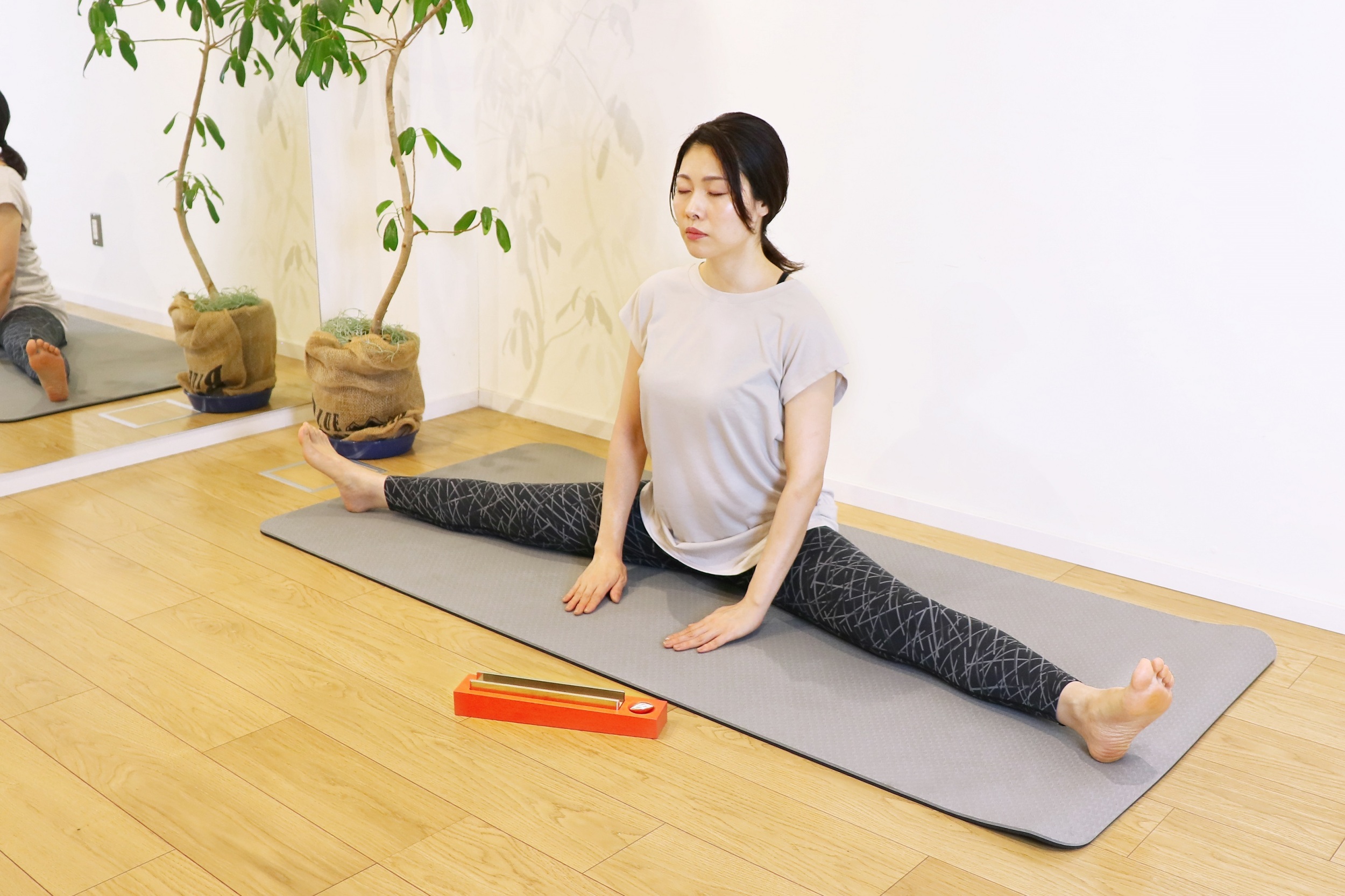 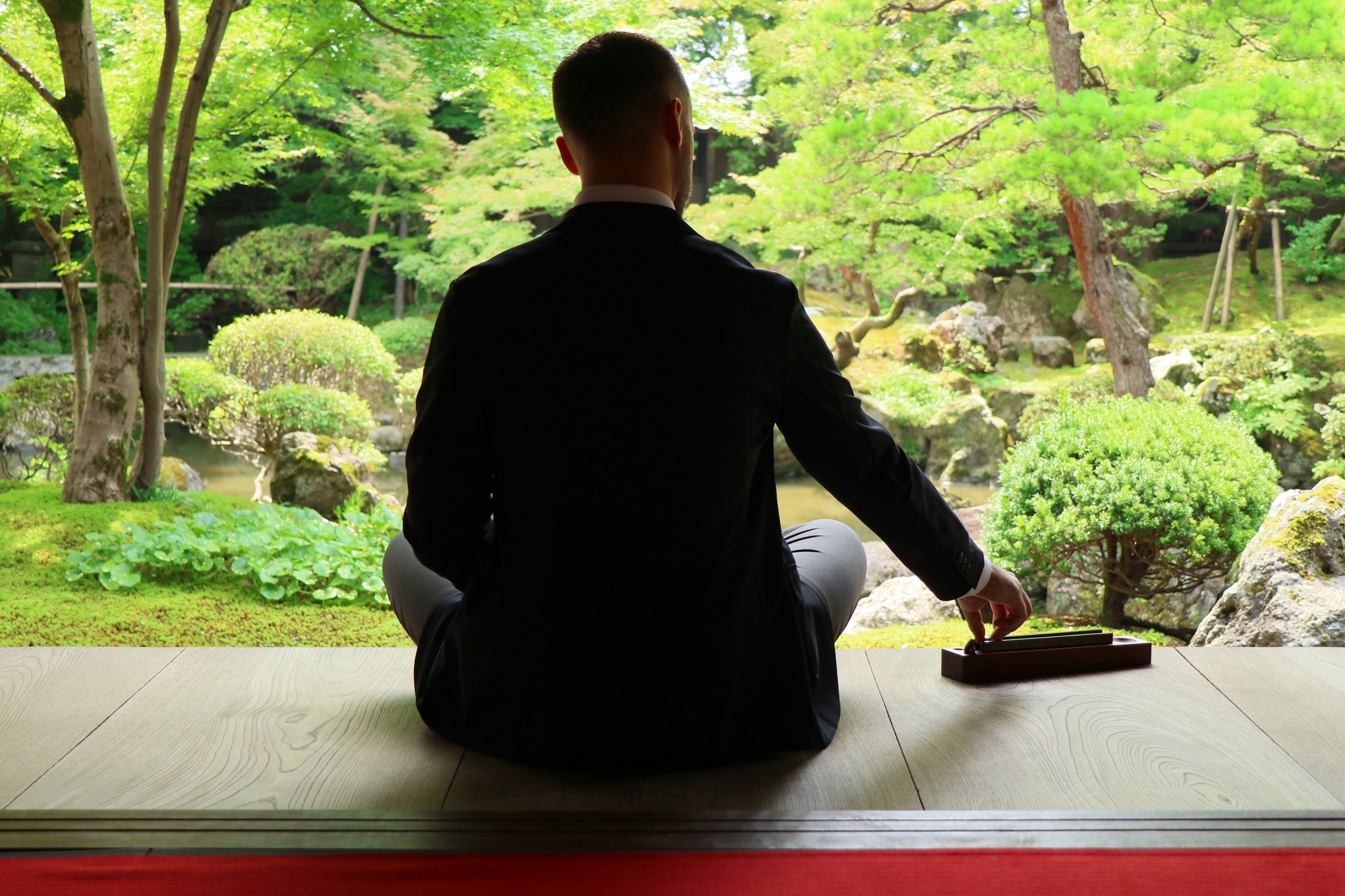 Please increase your skills through meditation.

The state in which the mind experiences maximum balance is called ZEN 禅; focused on the here-and-now, light and liberated. At work, at home, in everyday busy life, enjoy a moment to reset your mind.

- Zen and the luxury of fine craftsmanship - GRAVIMORPH 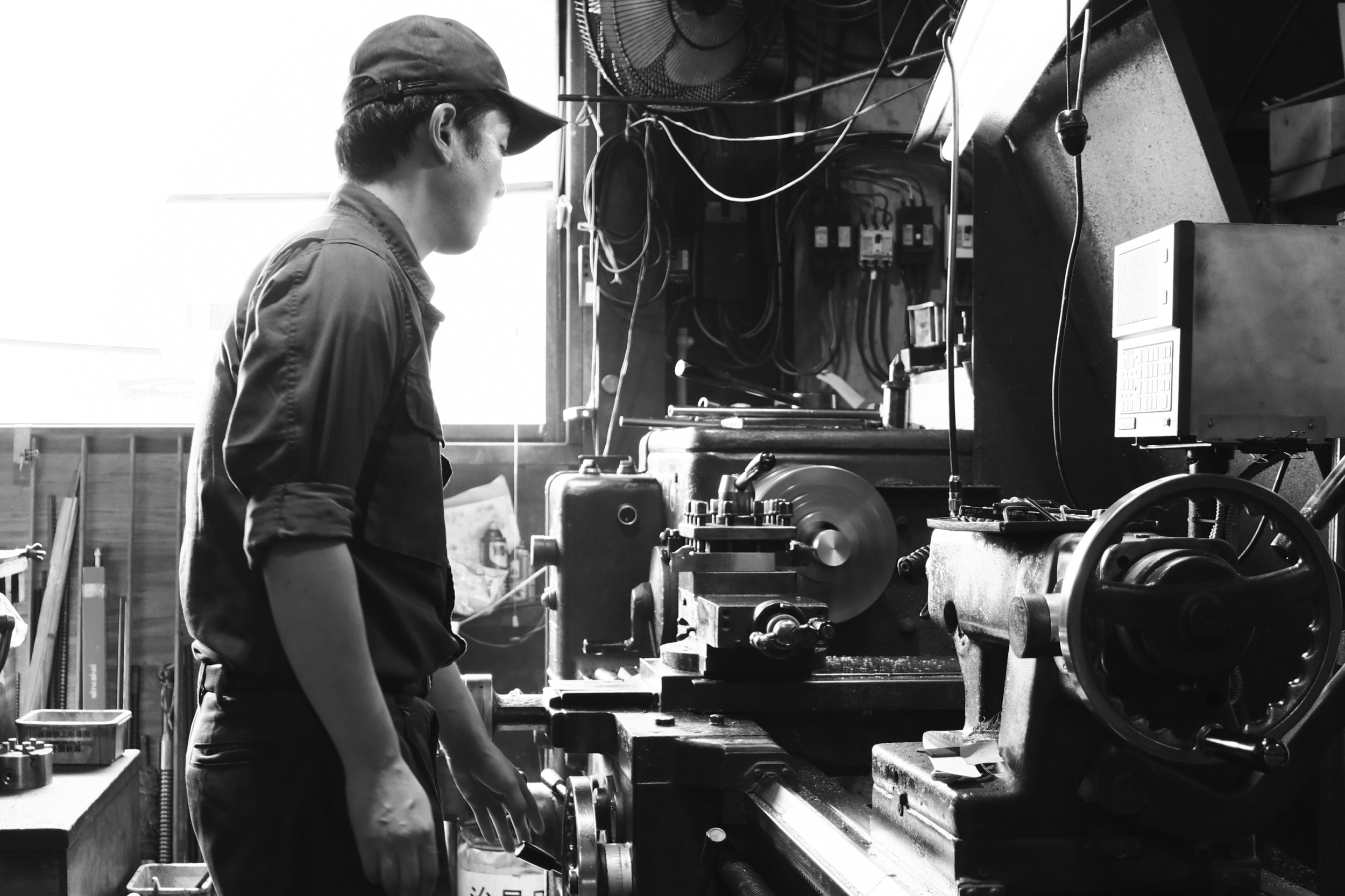 Metalworking
Tsubamesanjo is a town where metalworking has flourished since the Edo era (1603-1868). It is one of the most densely populated manufacturing areas in Japan, where knives, tools, outdoor equipment and machine parts are manufactured today. 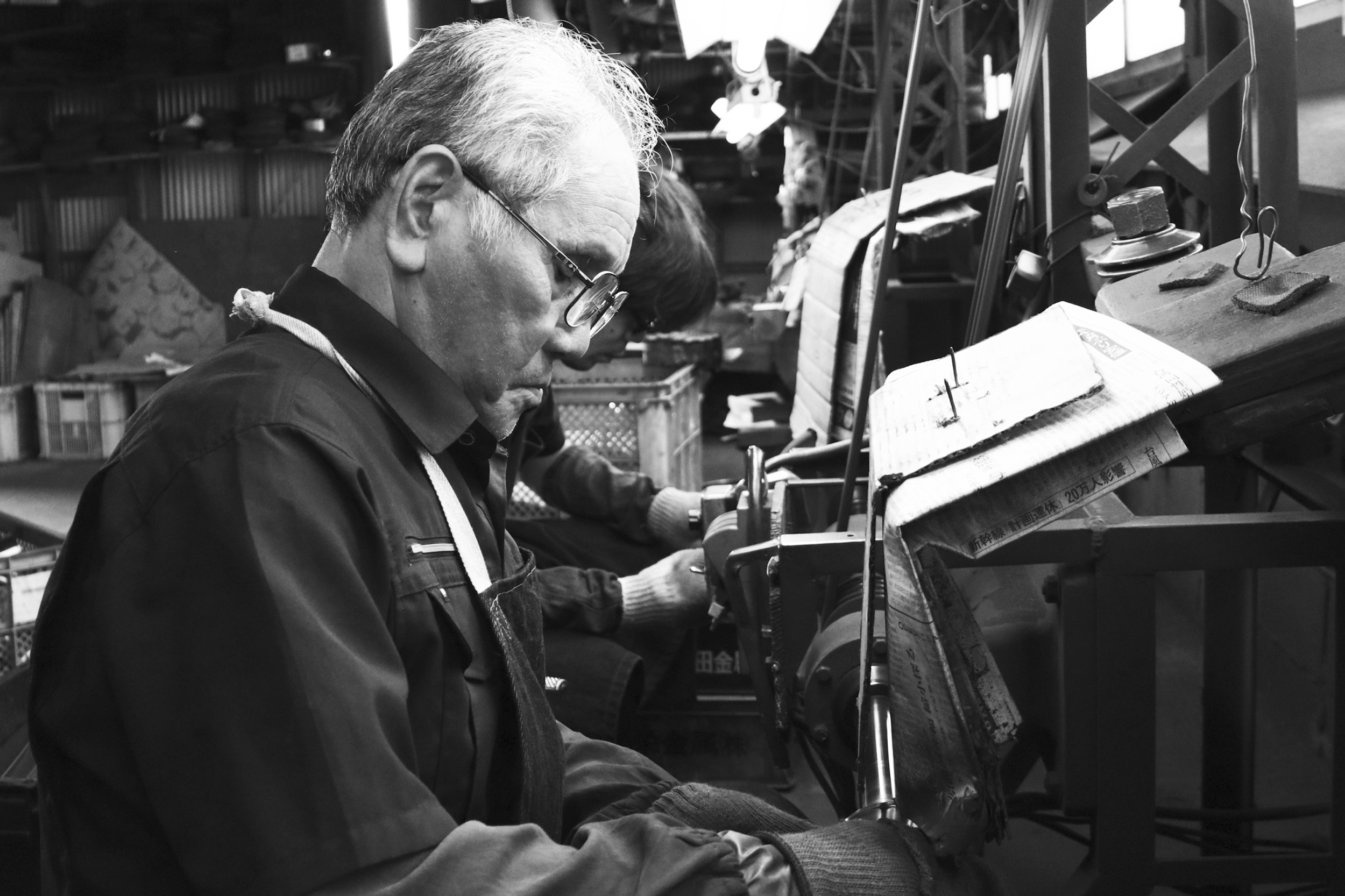 Polishing Process
The simpler the process, the more important it is for an artisan to have the technical skills. We are a group of artisans who thoroughly pursue the simplest process of "polishing", to beautifully and finely polished metal. 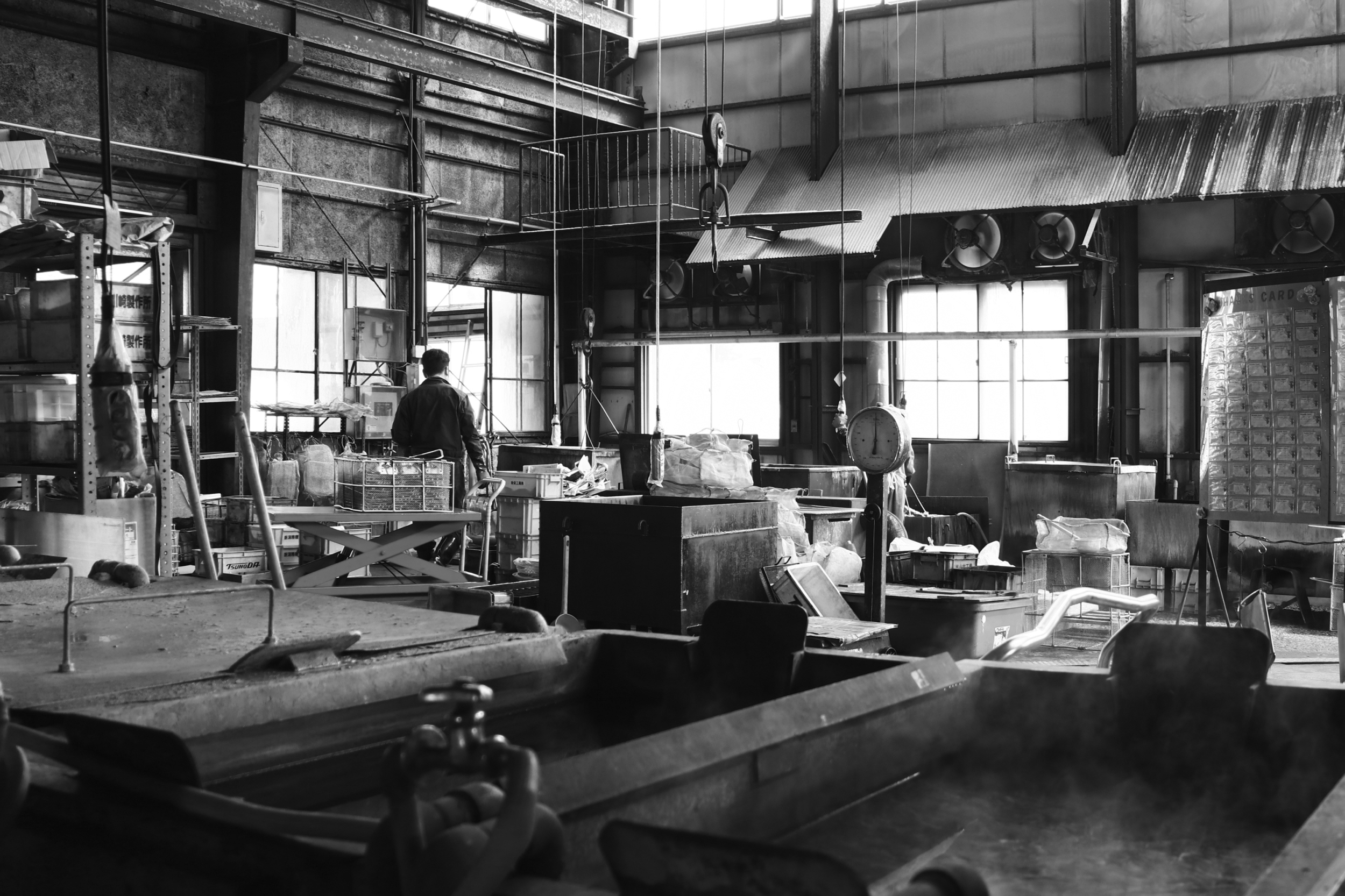 Black Dyeing Process
The black dyeing process for stainless steel is very rare and is done using a special technique. Unlike painting or plating, each product has its own unique surface thanks to its incomparable process.

Black Dyeing Process
The black dyeing process for stainless steel is very rare and is done using a special technique. Unlike painting or plating, each product has its own unique surface thanks to its incomparable process.

GRAVIMORPH is developed with the goal of sustainable production. Design, processing, packaging, shop bags, etc. are all produced in Japan.
It takes a long time to become full-fledged artisans. Tsubamesanjo, a city with a long tradition of manufacturing, we hope that this city will continue to be a city of craftsmen in the future.
mom
Exhibited at Maison & Objet and More in 2021, France
Shoppe Online
Exhibited at Shoppe Online in 2021, NY
Featured Yahoo
Featured Yahoo
Award: Ambiente
In February 2020, we won the "Trends 2020" award at the trade fair Ambiente winter 2020 held in Frankfurt, Germany.
Award: NY NOW
In August 2019, we won the "destination: new" award at the trade fair NY NOW summer 2019 held in New York, USA.

For more information about our distributors, dealers and products, please contact us using the contact form below.
フォームから送信された内容はマイページの「フォーム」ボタンから確認できます。 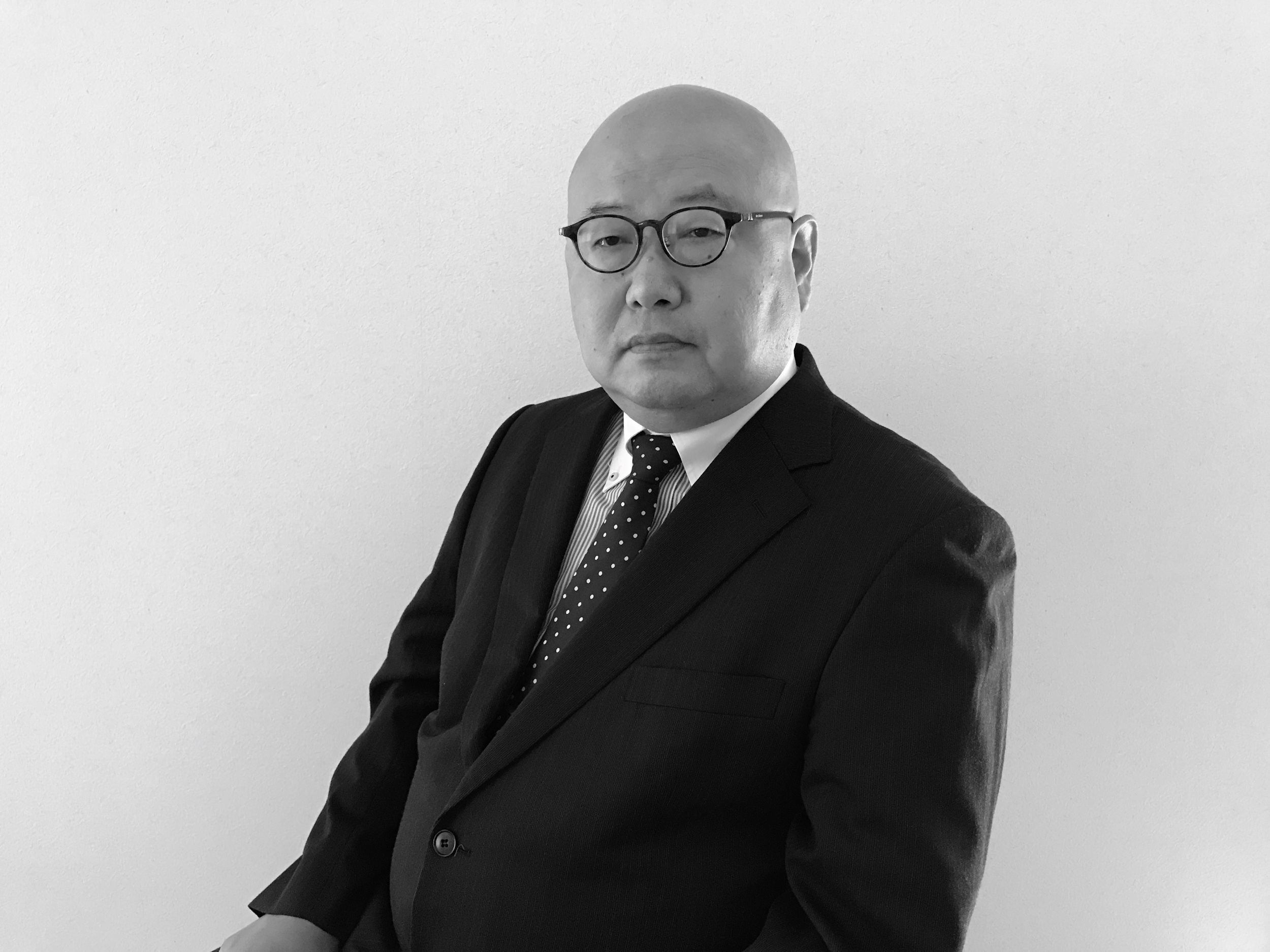 Kazunari Higuchi
Kazunari Higuchi is a professor at Aichi University of Education. He was born in Osaka prefecture, Japan, in 1964. He began to design a series of art works named GRAVIMORPH in 1987. He consecutively participated in the Japan National Woodcraft Exhibition from its first event held in 1988 to the seventh held in 1994 and won the grand prize, first prize and so on. In 1997, he concluded a license agreement with Neaf AG, Switzerland, and released two educational toys named Motus and Ellip in the world. 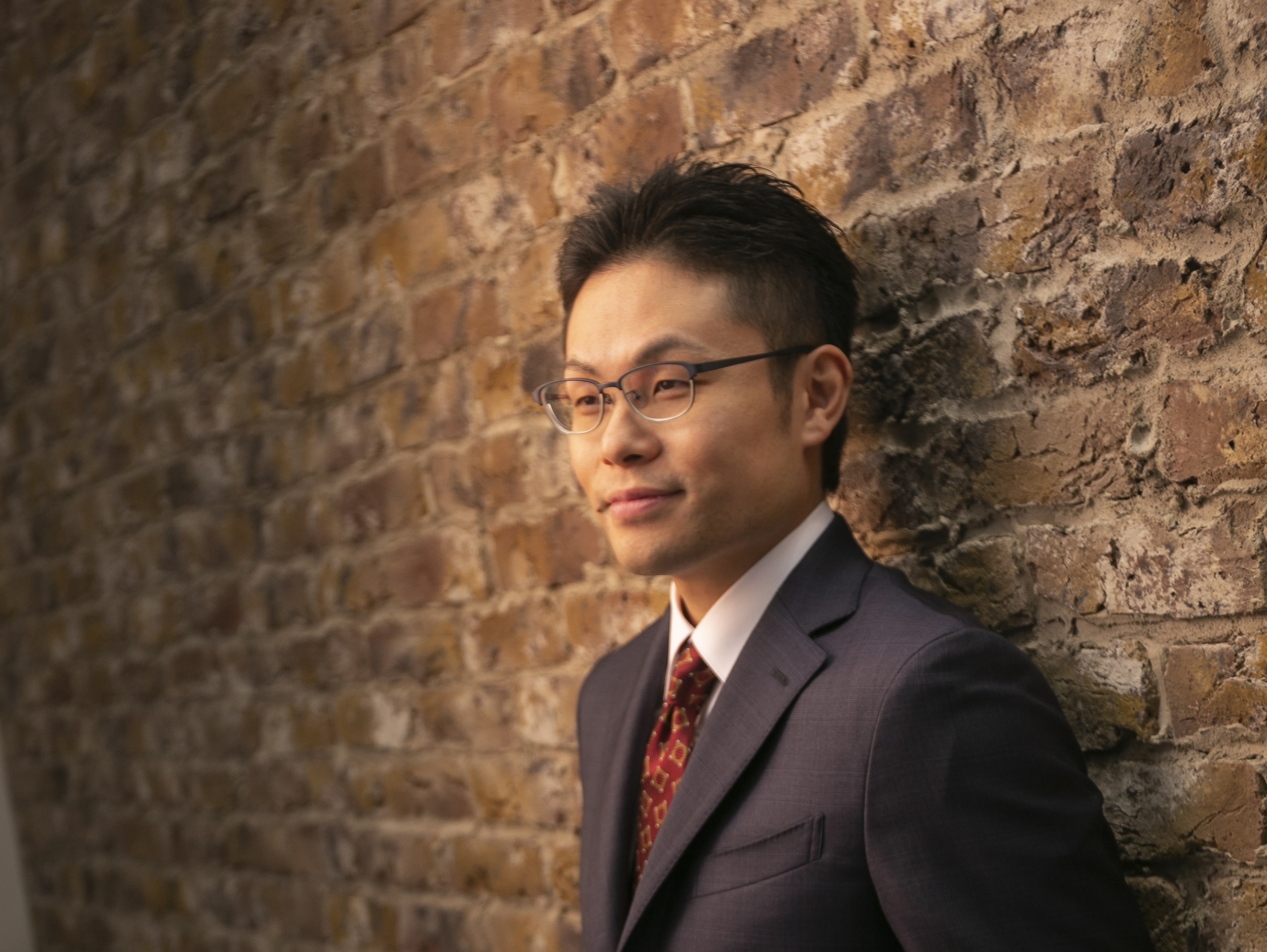 Showtaro Nozaki (COO)
In 2018, GRAVIMORPH started with a chance encounter between me and designer Kazunari Higuchi. Mr. Higuchi, who researches and discovers ideas, and I have the same feeling of thinking about a new future, even though their jobs are different. I want you to enjoy the fusion of traditional Japanese culture and new technology all over the world. 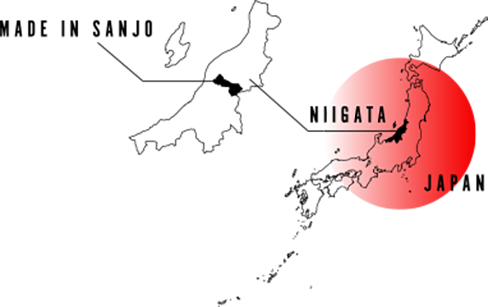 We “Nozaki Limited” has been engaged in metal processing in Sanjo City, Niigata Prefecture, Japan, since 1902. The history of the metalworking industry of Sanjo dates back to the early Edo period (1603-1868) when farmers began making Japanese-style nails as their side business. Since then, the industry has greatly contributed to the development of Sanjo. Currently, the city thrives as Japan’s leading industrial center with over 300 metal processing companies, over 50 wood processing factories and various businesses mediating between them.

Our Company’s strength is to propose the products sought by people of that era. At the time of its establishment, we manufactured the fittings for wooden closets. Since then we have been manufacturing machine parts, amusement products parts, daily necessities etc.

In 2018 the expert of metalworking met Kazunari Higuchi, a renowned Japanese designer, and in 2019 their collaboration gave birth to GRAVIMORPH. Its unique motions and sounds bring about peace in your mind, and its simple and sophisticated design also adds to the luxury of your room. 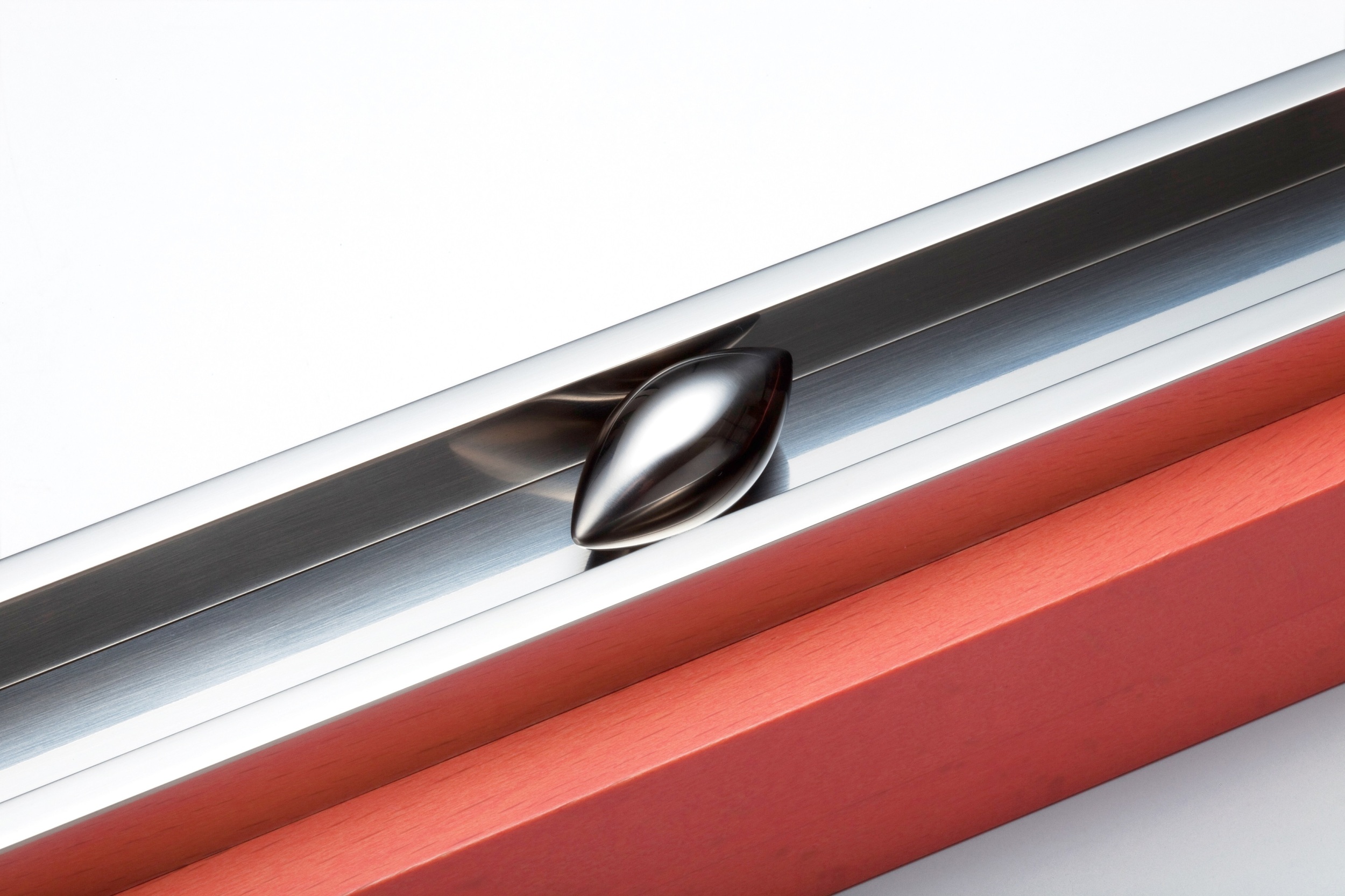 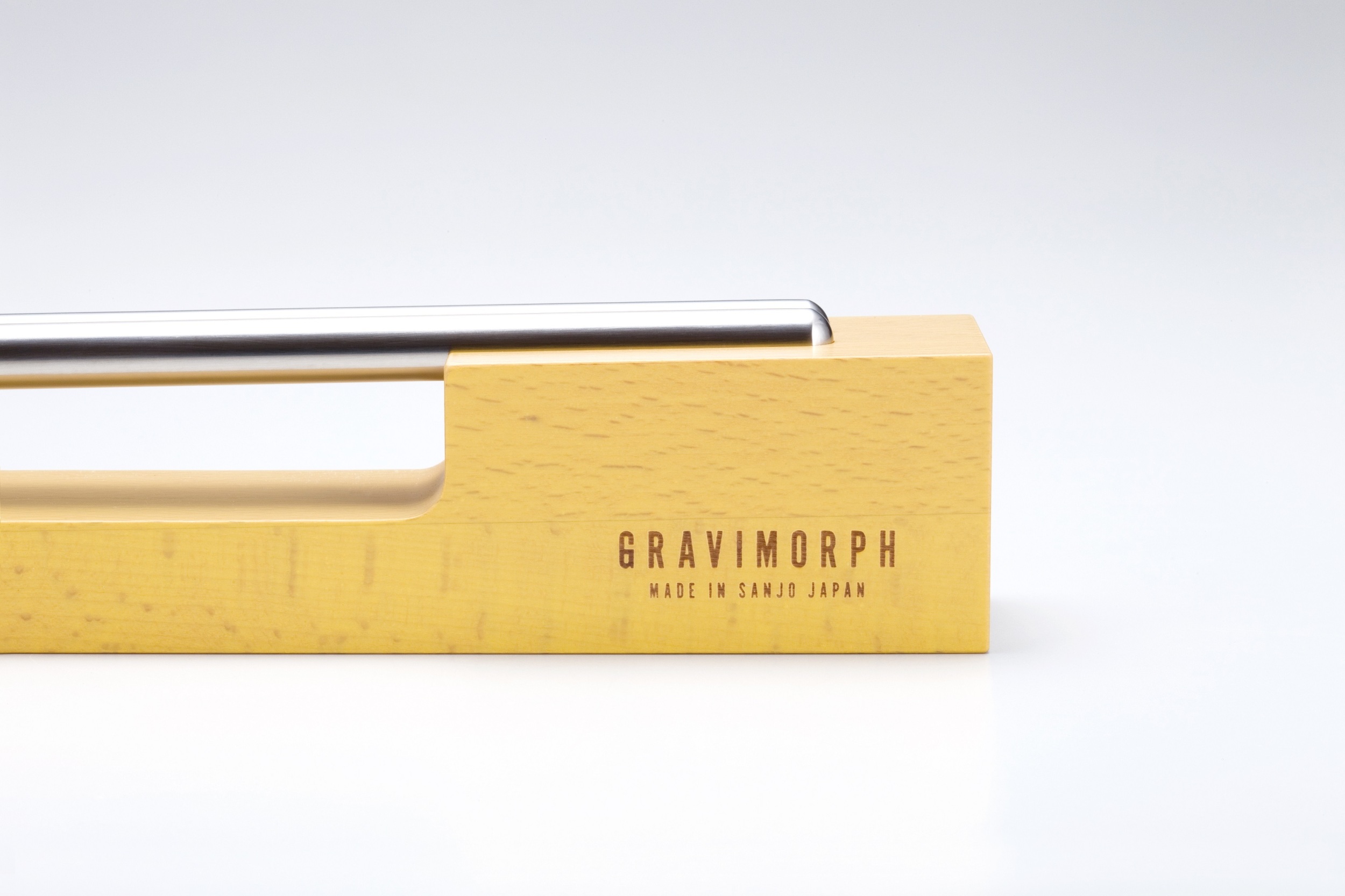 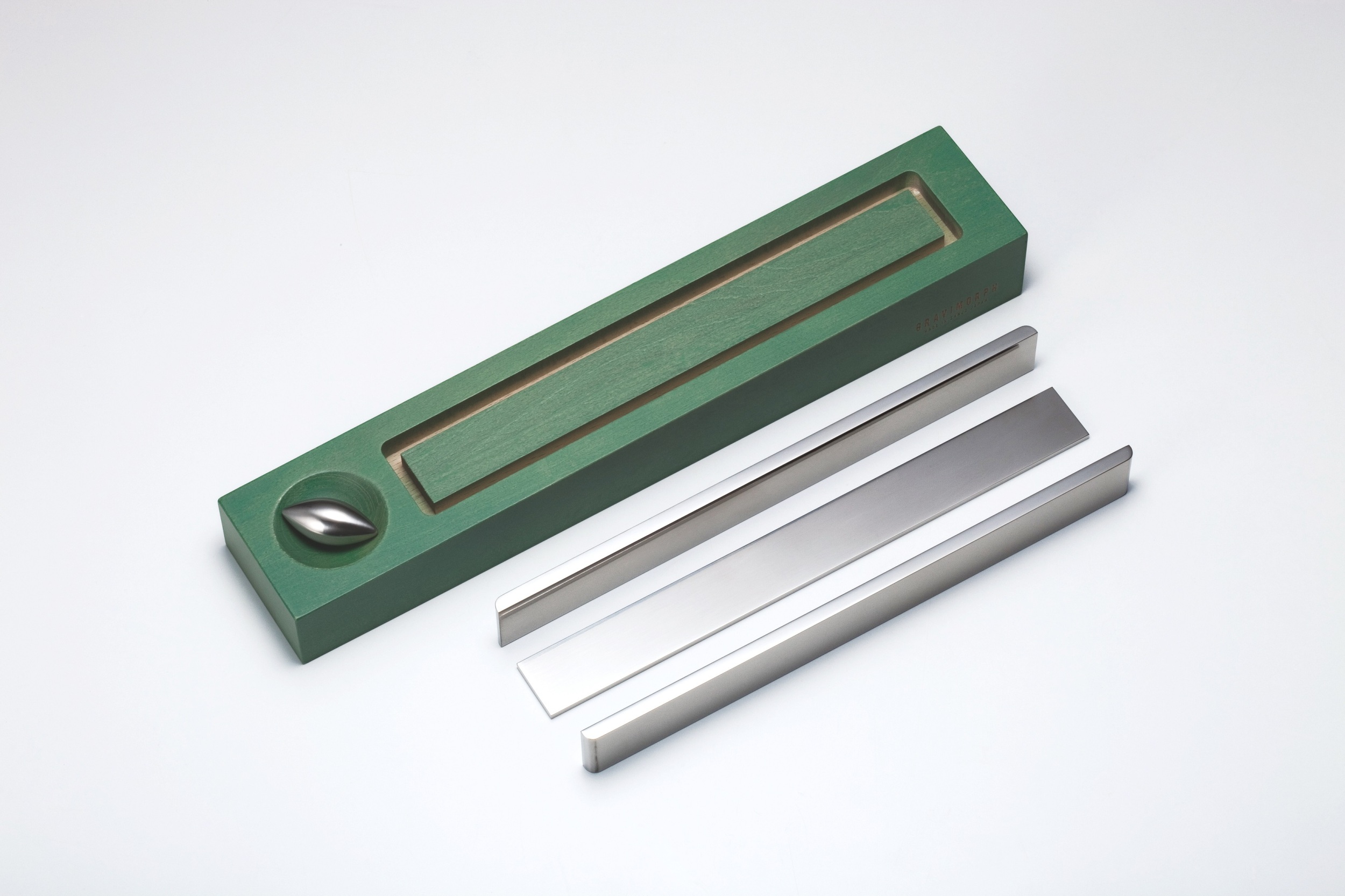